Comprises of 7 hotels across Malawi, come experience our hospitality 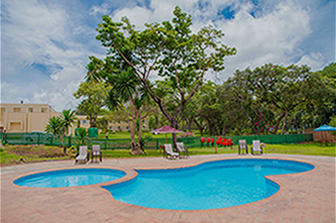 Check back soon for info on Malawi’s premier Waterfront resort.

Sunbird Tourism plc (Sunbird) is a publicly quoted enterprise, listed on the Malawi Stock Exchange since August 2002. As of December 2019, the Government of Malawi is the largest shareholder at 71%. Press Corporation plc owns 15% and members of the public own 14%. Sunbird was incorporated in 1988 as a private company following the amalgamation and consolidation of hotels previously owned by the Government of Malawi under different investment vehicles. Previously, and until 2000, the Company was known as the Tourism Development and Investment Company of Malawi when the name was strategically changed to Sunbird Tourism Limited. Following the requirements of the new Companies Act of 2013, the name was amended to Sunbird Tourism plc. Sunbird is a leading operator in the hospitality industry in Malawi and has, as its main activity, the operation of eight hotel properties in Malawi. The properties include four city hotels: Sunbird Capital, Sunbird Mount Soche, Sunbird Lilongwe, and Sunbird Mzuzu; and three popular beach resorts along Lake Malawi: Sunbird Chinteche, Sunbird Nkopola and Sunbird Livingstonia and a nature resort: Sunbird Ku Chawe an iconic mountain resort. Sunbird  Management and Catering Services Division is a dedicated Division involved in the provision of airline and institutional catering services. Sunbird employs a motivated and highly skilled team of over 900.

The preferred brand in the hospitality industry.

Sunbird will satisfy stakeholders' interests by providing superior and innovative customer service, modern and upmarket accommodation in a sustainable and socially responsible manner.